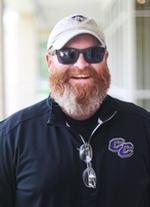 Tim Murphy is the owner and director of TM Lacrosse as well as the Head Coach at Curry College.

In 2019, Murphy will lead the Curry Men's Lacrosse team for his seventh season.

Under Murphy, the men's lacrosse program has seen tremendous growth. His teams have reached new heights at Curry as Murphy has led the Colonels to 10 wins each of the past three years, including the program's first conference tournament appearance and win along with hosting a conference tournament game for the first time in program history. In 2018, his squad finished third in the conference, the highest ranking in program history.

Murphy's student-athletes have excelled on the field and in the classroom as he has helped produce 1 USILA Scholar All-American, six New England Senior All-Star Game participants, and 13 All-Conference selections. His teams are also active members of the community, volunteering with the Alzheimer's Association, Call to Honor Triathlon, and with the Susan G. Komen Foundation.

He has also been an active member of the college lacrosse community, serving on the NCAA Division III Coaches Poll Committee from 2012 to 2016. He also serves as the Chair of the New England Intercollegiate Lacrosse All-Star Game, a position he has held since 2012.

His 2018 squad notched 10 wins for the second straight season, commencing in the number three seed in the Commonwealth Coast Conference (CCC) Tournament, which earned a home game. The team led the conference in goals per game (13.20) and ground balls. At season's end, Murphy was recognized by his peers as the Commonwealth Coast Conference (CCC) Coach of the Year. Six of his student-athletes garnered All-Conference accolades after the regular season.

Murphy led the team to the second straight winning season since taking over the Colonels in 2013. His 2017 squad went 10-9 on the year. The ten wins match the school record for the most wins in a season. His 2017 team qualified for the CCC Tournament as the number five seed. They upset number four seeded Roger Williams University by a 10-8 final, which was the program's first CCC Tournament victory in history, advancing to the CCC Semifinals. The postseason berth, the victory over Roger Williams and the trip to the semifinals were all firsts in program history. Three of his student-athletes earned all-conference recognition.

Murphy came to Curry after reaching an unprecedented level of success at the helm of the Husson University men's lacrosse program, where he guided the Eagles to their first-ever appearance in the ECAC Division III New England Tournament. In his two years at Husson, Murphy coached a USILA Scholar All-American, a USILA North/South National All-Star, three NEILA All-Stars, 12 All-Conference Selections, and six All-Tournament Selections.

Prior to Husson, Murphy served as an assistant coach at Franklin Pierce University where he helped the Ravens earn the most wins in program history, as well as the program's first winning record at home.

Previous to his two seasons at St. Andrews, he worked as the top assistant for Merrimack College during the 2006 season. Murphy spent the 2005 season as an assistant coach at the University of Southern Maine as well as Kennebunk High, his former high school.

A native of Kennebunk, Maine, Murphy was a four-year starter at the attack position while at Merrimack College. 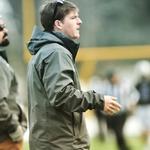 Wilson will be entering his second season as the top Assistant Coach with the Curry Men’s Lacrosse program in the 2019-2020 school year. He worked specifically with the Face-Off and Goaltender units during the 2019 season, and will transition to the role of Defensive Coordinator in 2020. Wilson also serves as the program’s Recruiting Coordinator and is tasked with overseeing the entire recruitment process. His first recruiting class was a total of 15 student-athletes who are sure to make an impact as Colonels. In 2019 Wilson also served as a coach in the NEILA All Star game.

Prior to Curry Coach Wilson served as the volunteer assistant at Christian Brothers Academy in New Jersey. In his role with CBA, Wilson worked with the goalies as well as the defense and helped coach them to one of the best seasons in school history to date, and a top 10 finish in the state of New Jersey. The Colts defensive unit allowed just 4.4 goals per game, led by a first year starter in net who posted a .631 save percentage during the campaign. Wilson’s work with the goalies led to the starting goalie being named to both the All-Conference team as well as being named a High School All-American. Coach Wilson also directed the substitution box on game day.